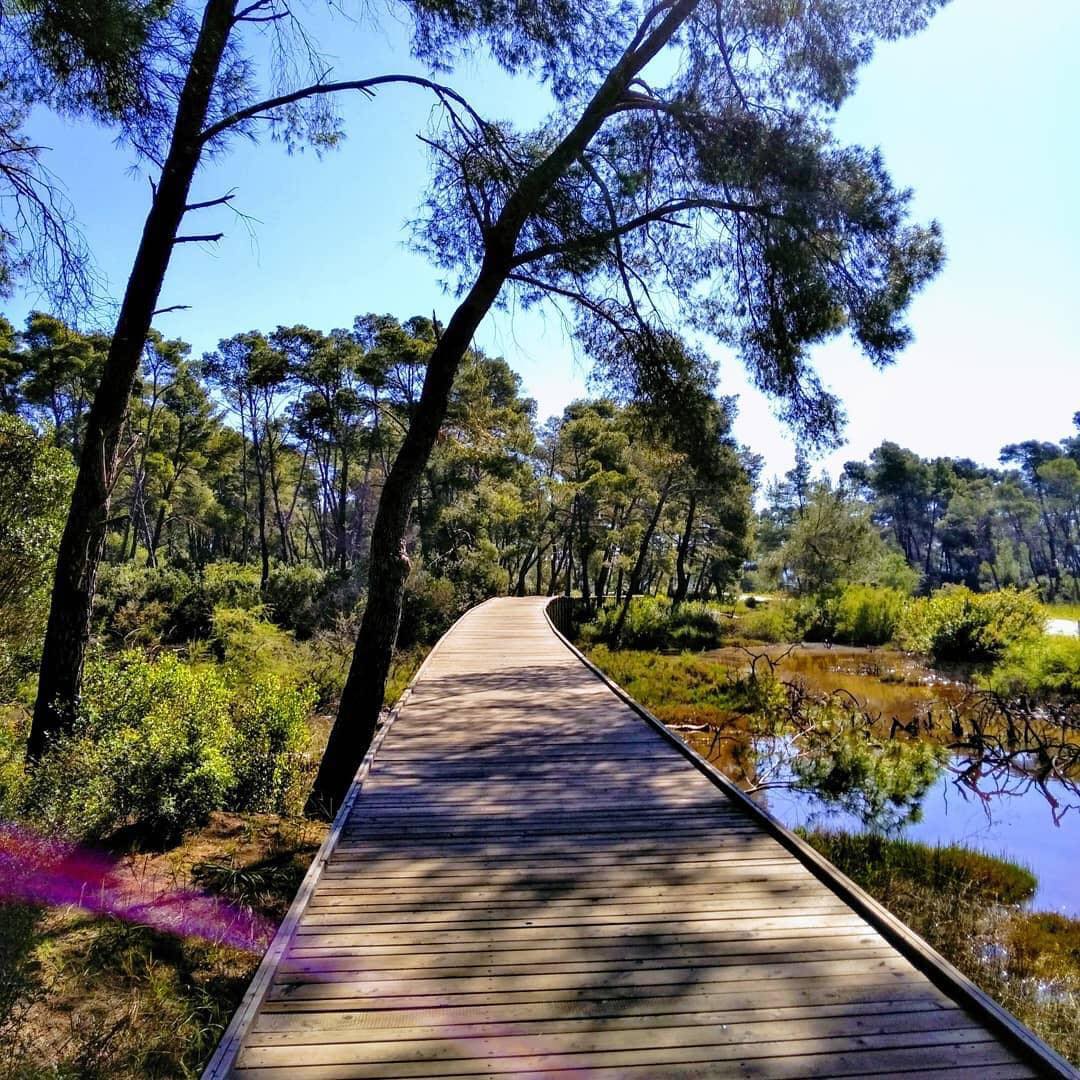 The park attracts more and more visitors every year thanks to the numerous investments that have been made in recent years, such as the pedestrian street or the famous 36-meter high wooden tower (13 floors), which offers a 360-degree panorama over the entire park.

The tower, initially built at the firefighters’ service to prevent fires, has contributed to increasing tourism, as confirmed by the municipality of Divjakë. For visitors who go to the city, it represents an obligatory stop. Moreover, the modest rate of 100 leks (0.81 euros) allows practically everyone to enjoy the panoramic view of the tower.

Another investment that contributed to tourism was organizing a boat trip inside the park, an activity also managed by the municipality of Divjakë.

About 230 different species of birds populate the area of ​​the park that embraces the lagoons of “Karavasta,” “Godulla,” “Godulla” and “Pishës e Spiaxho.” The most popular is undoubtedly the curly pelican, a species considered endangered.

About 5% of the entire world population of the ‘curly pelican’ species is found in the Karavasta lagoon, which the 1994 Ramsar Convention protected. Unfortunately, only a few dozen total “curly pelicans” have survived despite this due to illegal hunting in recent years.

In this sense, Albania has banned hunting since 2014 to put an end to the uncontrolled and illegal extermination, which has decimated wildlife in the last two and a half decades or since the collapse of the communist regime. The current ban is valid until 2021.

The park’s ecosystem also includes about 230 birds, 12 species of mammals, and 16 reptiles. In addition, the lagoon waters of about 1.5 meters deep are rich in fish, mullet species, and eels served in many restaurants on the beach of Divjakë. For all sea lovers, the latter is located just one kilometer from the park entrance.

How to get to Divjakë-Karavasta National Park

From Tirana, you have to take the highway to Durres and then, from there, take the one to Fier. Then, after about 38 kilometers, follow the signs for Cerma and Sipërme, and then those for Divjaka.