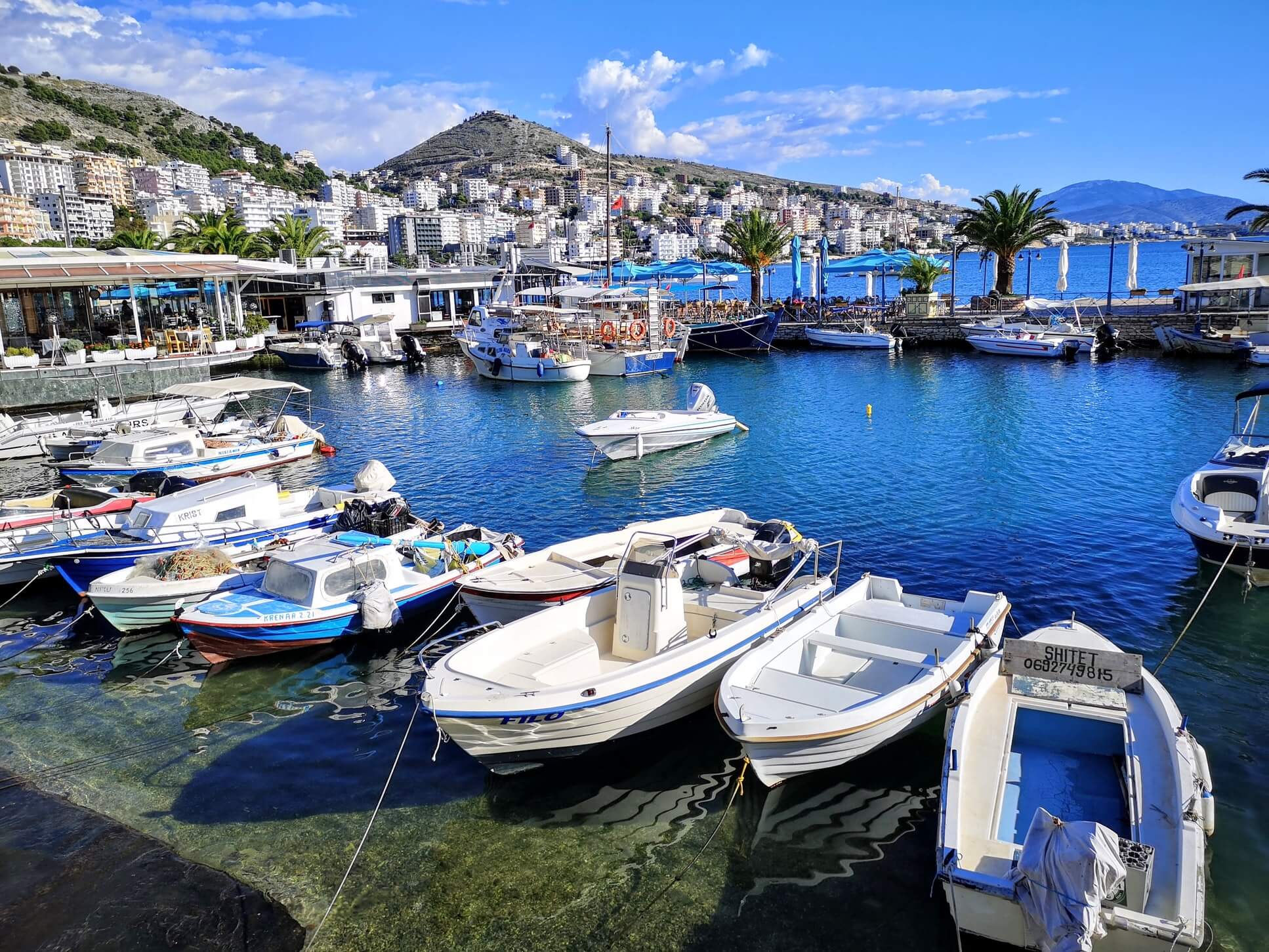 Thanks to its crystal clear and emerald waters, Saranda is one of Albania’s main seaside resorts, full of activities, especially for young people. But also its surroundings are all to be discovered, even if their achievement can sometimes be longer than expected, due to the not quite modern roads. The attractions tell the true essence of Albania!
Here are what to see, the best beaches and what to do in the evening in Saranda, Albania.

Things to do in Saranda

The port will most likely be your first encounter with the city, whether you arrive there for a day trip on your cruise ship or, for example, from Corfu, or whether you want to spend more time there. It is a port typically dedicated to large boats but still retains the charm of a place of arrival and departure and, among other things, is the beginning of the promenade.

It is the heart of the city, the street that welcomes at every hour hundreds of tourists belonging to the various targets: young people, couples, families. Everyone can stroll and relax along this road that, on one side, skirts the sea, on the other, touches the most impressive accommodation facilities of the city. Characteristic and suggestive, on the seafront, is the small harbor dedicated to pleasure boats. Moreover, especially in high season, in the evening, it comes alive with kiosks and music, where you can dance outdoors, having a drink.

The ancient Jewish synagogue is located right in the center of the city and represents one of the oldest settlements in the Mediterranean. Its construction dates back to the 5th century A. D. When it is attested, the city preached the Jewish religion. In the following century, however, it was first transformed into a basilica and then subject to looting by the Slavic invasions. A violent earthquake destroyed it.

Considered as the symbol of the city, this monastery remains only in ruins due to the bombings of World War II. However, it is precisely the monastery that gives the name to the city, which means “Forty Saints” in memory of the 40 Christian soldiers who refused to deny their faith during the persecutions of Emperor Licinius. Here, the martyrs were kept imprisoned, only to die on an icy winter night.

Despite the many beaches the city can boast of, this is recommended because it is one of the few, perhaps the only one, to be considered the quietest, without music, perfect especially for those seeking relaxation. It is located 10 km from the city, along the road to Ksamil, and is so-called because from the beach you can admire the remains of the monastery of St. George a Deme.

The castle is the most panoramic place in the whole city, from which you can admire from above the whole bay, the port, the island of Corfu, and the valleys. Initially designed as an outpost to control and defend the city, today its remains host a restaurant offering typical dishes, a bar, and a small stage where, especially in summer, concerts and live music performances occur.

It is another seaside resort on the southern Albanian coast very famous for its heavenly waters. It is located about fifteen kilometers south of the city, towards the border with Greece, and is located within the Brutinto National Park. In addition to its white sandy beaches of fine gravel, very famous is also the archipelago of the islands of Ksamil, consisting of four uninhabited islets, reachable by boat, for a dip in the crystal clear sea.

The park is an archaeological and natural area, just a few kilometers from the Greek border. Its main attraction is, in fact, the remains of the ancient city, now connected to the coast by the Strait of Vivari, a lake that during the high tide pours its waters into the sea. This lake is also navigable by boat and allows access to the castle of Ali Pasha, at the mouth of the canal.

About half an hour away from the city, along the road towards the interior, this natural water source is characterized by a point about 50 meters deep (last estimated measurement): hence the name of the blue eye. The water temperature is freezing, around 12°, but this does not discourage the most daring, who still try to dive in. Our advice, however, is to reach the place for a short walk and a lunch or a picnic by the water.

Gjirokastra’s historical center is a Unesco World Heritage Site. Once you arrive in the city, after a little more than an hour’s journey through the mountains, you can visit the castle, which offers a panoramic view of the famous slate roofs, which contribute to define the town as the city of stone. A short visit to the bazaar is also a must.