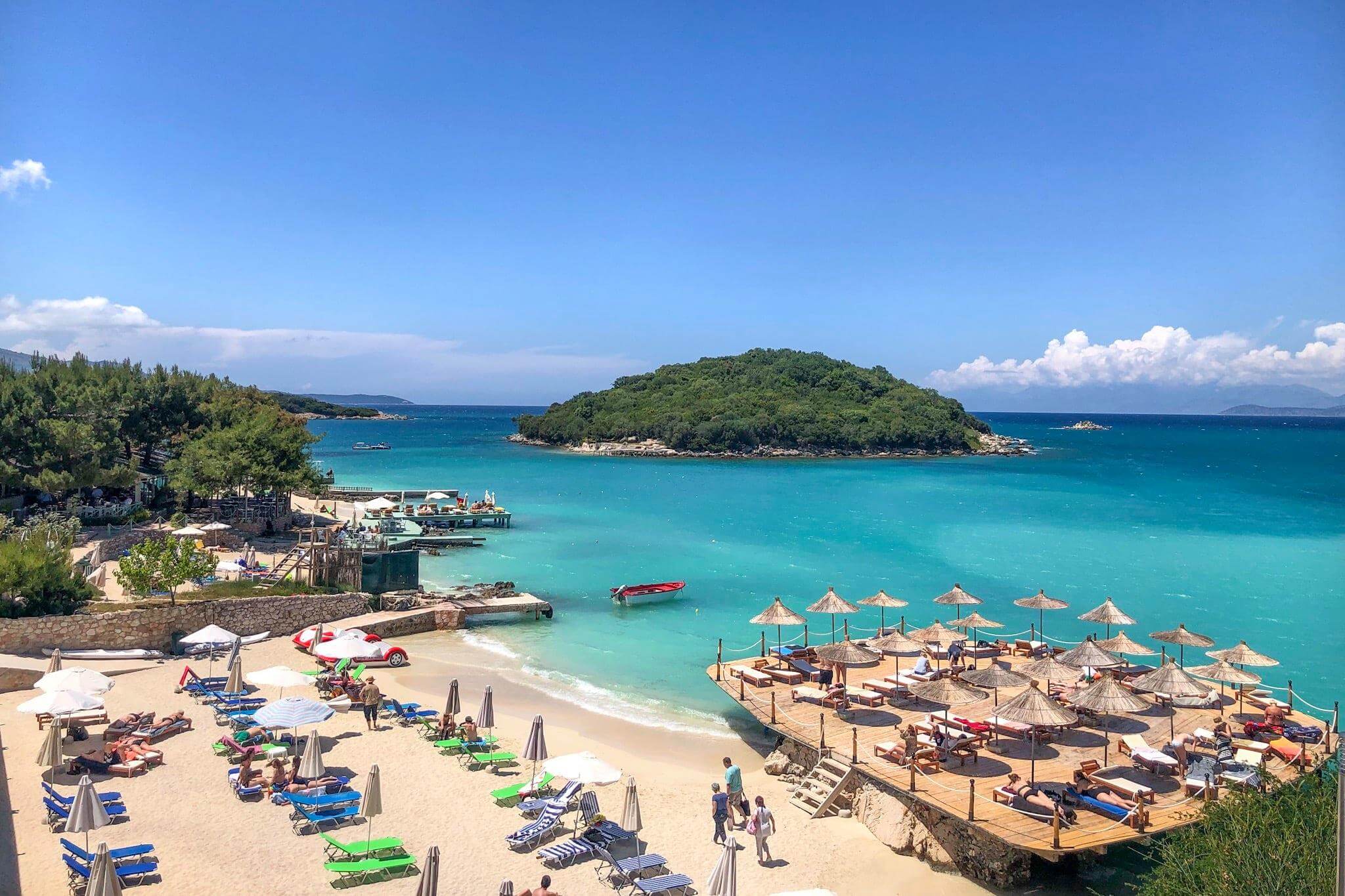 Nestled in a natural park, surrounded by the crystal clear waters of the Ionian Sea, Ksamil is the most paradisiacal seaside destination in Albania, six miles from Greece (Ksamil means ‘six miles’).

It is the Butrint National Park, a protected area in the southernmost tip of the country, less than 20 kilometers from the well-known seaside resort of Saranda, also known as the Albanian Riviera.

As if the beauty of this place were not enough, Ksamil is also part of a small archipelago made up of islands that look like heaven on earth.

Four rocky islets, uninhabited, covered by thick Mediterranean vegetation, with a thin strip of white sand that flows into the turquoise waters. Just off the coast, they can only be reached by boat. Altogether they do not cover an area of 10 hectares. Two other islands are connected to the mainland by a thin strip of sand, a bit like those images you see of the Maldives or the Caribbean.

But the most fascinating sight is the one you can admire in the sea: the fresh and transparent waters, in fact, are inhabited by many dolphins.

This hidden gem is still little known and frequented by foreign tourists (Albanians know it very well instead), but in a few years it will almost certainly be assaulted, given the success that Albania is enjoying in recent years. After decades that Europe no longer had such a coveted destination – the last one was Greece in the 1990s – we are witnessing a real tourist boom.

Fortunately, there are (still) no large hotels and international hotel chains in these parts, but only small family-run, even quite inexpensive ones. Of course, the summer months are the most expensive, but here the climate is great all year round and who can come out of season.

To reach the Ksamil archipelago, the fastest way is to fly to Corfu – which is only a few nautical miles away – and then by ferry to Saranda. Since in Albania it is essential to have a car (own or chartered), you can take the ferry from Trieste, Ancona, or Brindisi to the port of Durres and then follow the road along the coast. One of the most beautiful stretches of road in Europe is absolutely worth the trip.