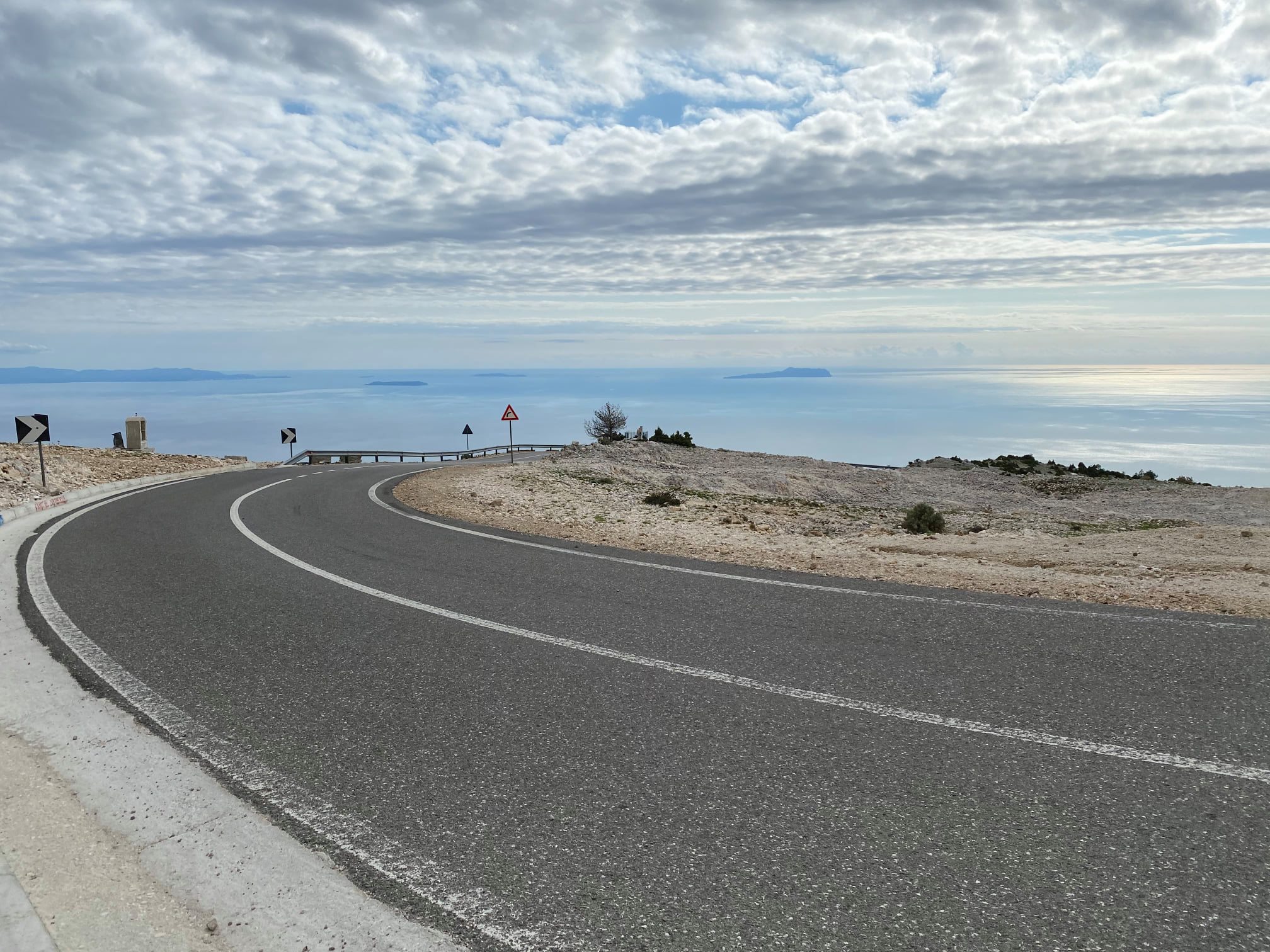 It runs along a stretch of the Albanian Riviera, one of Europe’s most beautiful panoramic roads.

The most iconic point is the Llogara Pass, the highest in the same name’s National Park. A winding road that climbs up to over a thousand meters overlooking the Ionian Sea, from which you can enjoy a breathtaking view.

The main coastal road, the SH-8, also known as Bregu, which you take when driving from Vlora to Saranda (necessarily in this direction, to keep the road on your right) and enjoy the scenery above.

From up here, you can see the white beaches of the Albanian Ionian coast and the beautiful village of Dhërmi, under which lies the beach, considered one of the most beautiful in Albania, with its white sand and crystal clear waters.

The road runs through mountainous landscapes, olive and citrus plantations where to stop. Right in the heart of the park, in fact, there is a tourist village with a hotel, and some cottages and a few restaurants were to make a culinary stop.

Given the road’s height, it is mandatory to have chains or thermal tires on board during the winter period. With the summer season, that’s one of the routes to do absolutely if you visit Albania.

The pass is located in the middle of the Cika mountain range, starting from the Karaburun peninsula and becoming higher and higher as you descend to the south, almost at the border with Greece. The highest point, Cika, is 2,044 meters above sea level and is slightly further south than Llogara.

Until 2009 this road was only one lane and full of potholes. With the increasing number of tourists, it has been widened and arranged, making it one of Europe’s most beautiful roads. It was precisely an episode of the popular TV program “Top Gear” shot in 2010 to make known the beauty of this road outside the country. And since then, it has become a tourist attraction.